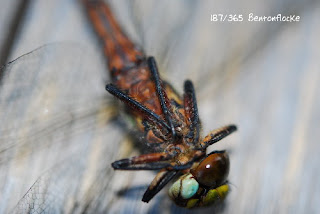 Another beautiful and sunny day. 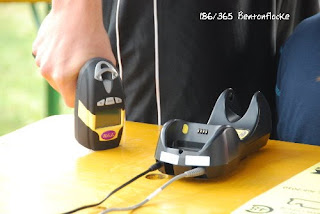 Had to work whole day. 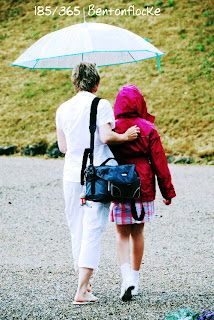 In the morning it has cooled down a little bit, after a short rain.

Both were third in their own age group. My elder son achieved the 12th place and my younger son the 46th place of all 116 starters.

It was a feat especially for my younger son (because it was his first run of this distance) and he never had a running training.

My elder moved down 3 places in comparison with the run last year.

While my DH and my elder sun were waiting for the award ceremony I went to a soccer tournament with my younger son.

His team achieved the 1st place and it was the first time he scored a goal... at the end he scored four!!! What a successfully day for him.

After the run and the soccer tournament we went to our favorite Chinese restaurant and met up there with Takinu and her nice daughter.

We had a fantastic afternoon together, despite the really heavy downpour. As the rain begun to slackens I showed them special points of our town. I think they both enjoyed the time here - Thank you Takinu for visiting me. It was great to met you in real.

You and your daughter are always welcome! 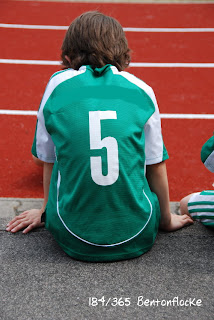 We (my younger son and me) spent the morning in an open-air bath where we had much fun. He sprung the first time from the 5 meter diving board. I didn´t have the camera with me, so I show you a picture from day 185

My husband and my elder son attended together a summer fair

In the afternoon, back home again... the shutters were closed and the guys watched the Germany vs Argentina soccer match.

It ended 4:0 for Germany 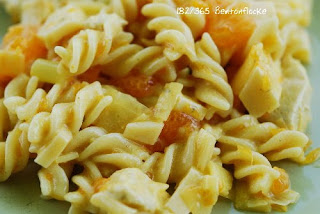 Today I tried a recipe from Terragina "noodle salad". It tasted really delicious. Thanks for that yummy recipe! 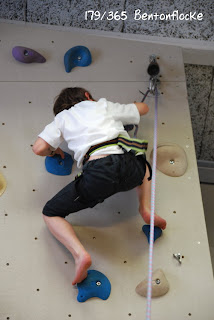 So we spent the day in a climbing gym and all the boys had much fun.

Good that they had an aircondition because we had 37° C degrees in the afternoon.

Yeah! That´s me in your blog *gg* It was a really nice day with you and your family. Thanks for that. Hope we will meet again soon. My daughter and I would be pleased. Many hugs. Takinu

hi angelika!!! nice to see you posts again. you are indeed having so much fun activities with your kids... how i wish i am more like you! we don't go out much here... just the front and back yard of the house.

belated happy birthday to your son!! and enjoy the rest of the summer... keep in touch!!

Great shots!! I love them all,
hugs