I´ll tidy up here the next weeks and re-start my blog.

Missed so many of you and yours - hope to see  you soon again. 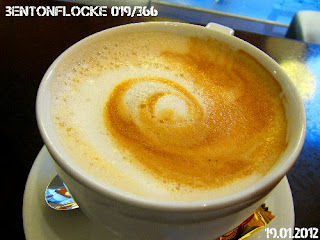 Last day of my residual leave.

It has become warmer - 1 degrees - and it´s raining. The streets in our village are as smooth as glass and therefore very dangerous.

Anyway I drove into the city (there were the streets better) for a cup of coffee. Last chance before I have to work again, tomorrow.

In the afternoon, another doctor's visit is scheduled - and in the evening my aqua jogging course begins anew. 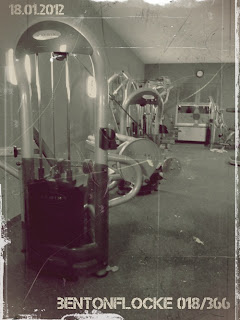 Freezing cold with about 7 degrees below zero - but still sunny!!

Today I organized all the stamps I have and made preview pattern pages .

After lunch I went into town, for an appointment with the physical therapist.

In the evening my DH and me went to a fitness studio. Two weeks ago the orthopedist told me, I have to do muscle building training. I need it because of the pain in my arm (comes from the cervical spine) and the problems I often have in my lumbar spine.

Sorry for the blurry shot. Had to take it in a hurry and unwatched moment, when no one was working with the machines (it´s not the main room of the studio). So I played a little bit with PhotoScape and processed the picture. 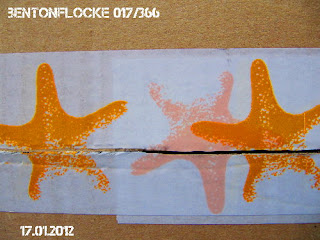 Today my order from Stempelmeer arrived.

Since a long time I plan to make a little Paris book - about my 4 days in Paris 2010. But I didn´t find the right time to start, so far.
Eingestellt von bentonflocke um 13:22 Kommentare: 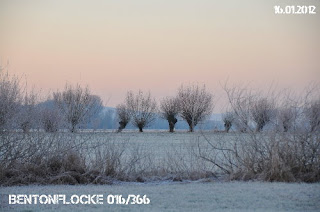 I´m in good health again (apart from a little cough) and have to take my residual leave.

For a long time it´s the first day without darkness, rain and dirty weather. It was a wonderful sunny morning, with blue sky - but freezing cold (6 degrees below zero).

I snapped my camera, went outside to a flooded field and made different winter shots.

In the afternoon we had two doctor´s appointments with the kids. 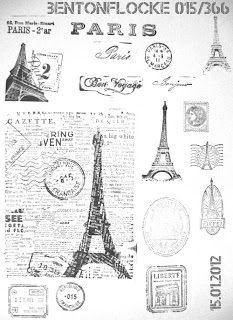 Nothing happened, what´s worth to report - it was a lazy Sunday. 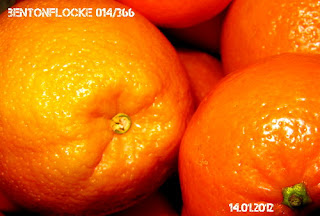 It was a really bad hair day.... but nothing to tell the public.
Eingestellt von bentonflocke um 12:43 Kommentare: 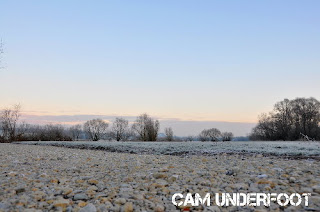 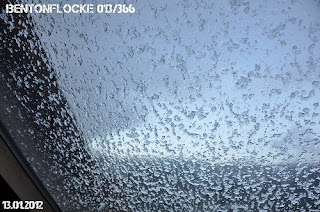 Had an appointment with a physiotherapist in the morning. Outside it was very dark like the world would go down. It was cold and sleeting.
During the day the weather changed from rain to snow to sun and back... 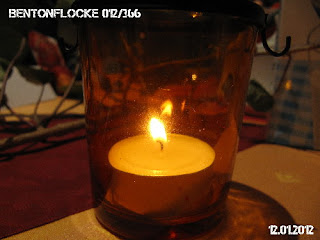 Today was the 70.Birthday of my sons´ grandmother.
We were invited for afternoon coffee and dinner. My younger one had a lot of fun to waiter. Some guests gave him a tip. So afterwards he was very proud to have earned something totally.
My elder one can´t be bothered to accompany. He preferred to go to the cinema with his friend. 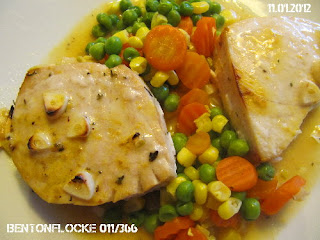 Bought frozen marlin fish.
Used a recipe on the back of the pack. The fish was made in baking paper in the ofen... with leek, garlic, thyme and a marinade of oil, mustard and lemon squash.
My younger one was very thrilled about it.
In the afternoon he was at the hairdresser, as a gift for his grandmother, who has birthday tomorrow.

010-366 Picture calendar for the boys´grandmother 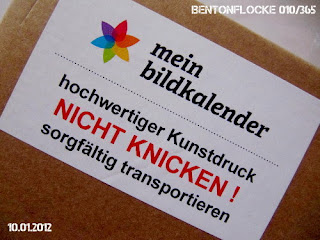 Both children will have a school assignment in English, tomorrow.
Therefore, I have learned with them most intensive.


009-366
School started again. Now the time begins, when I too can recover.
Had an appointment with a physiotherapist. 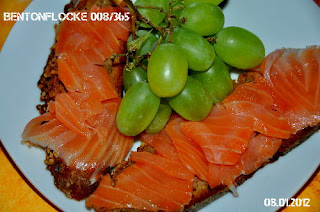 My little one was allowed to go to a reading, which he had won in a prize puzzle. Too bad, I couldn´t accompany again. 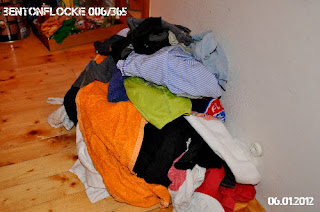 The boys were on the road with the carol singers. Due to my illness I could not accompany them this time and couldn´t take pictures.

But I used the time in which the children were outside, to tidy up my teenagers room... He was really unamazed that I´ve found all his garbage (in the background) and the laundry. 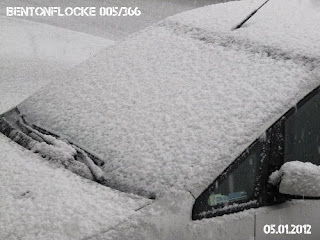 Bad winter weather. The first and so far the only day with snow.
But it wasn´t really nice. The snow was very wet and sticky. Not good for sledging.
Too bad for the kids. 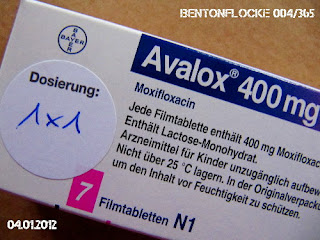 Had another doctor´s appointment because of my purulent bronchitis and sinusitis.
He instructed me to stay at home until the end of next week, to save myself. 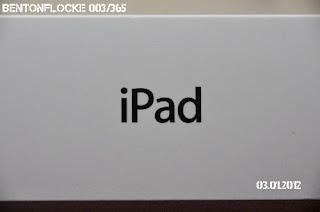 Was at the orthopedist again, because of the pain in my left arm. Got a prescription for physical therapy. In the afternoon I played a little bit with my new love. It was a gift for christmas from my DH. Thanks again for your bounty. 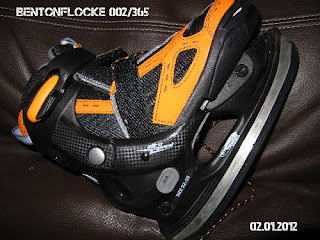 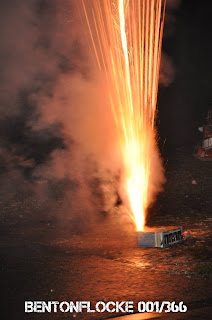 HAPPY AND BLESSED NEW YEAR TO ALL OF MY BLOGGER FRIENDS AND THEIR FAMILIES
Eingestellt von bentonflocke um 20:52 Kommentare: