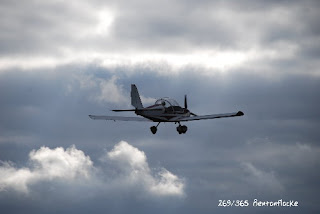 My younger son on a scenic flight

Today was my turn for Childrens Church. So my husband had to pick up our son at the pathfinder (scouts?).

Later we stopped by a childrens festival.

In the afternoon we made a little walk. On our way we passed a little airfield.

There was a microlite ready to take off and my younger son was allowed to accompany the pilot. He was so proud and had so much fun. 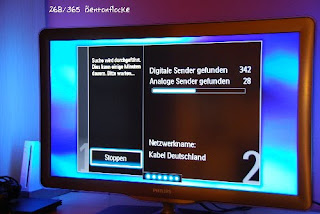 In the morning I brought my younger son to the pathfinder (scouts?) for an overnight stay and all-terrain games. So bad they had heavy rain all the time, but anyway much fun.

We used the chance for buying a new (digital) television without ruffle or excitement. Look at the light behind the tv - it changes the colour according to the colours of the film sequences. 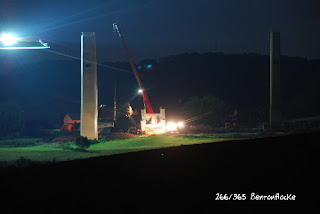 Nocturnal activities at the construction area 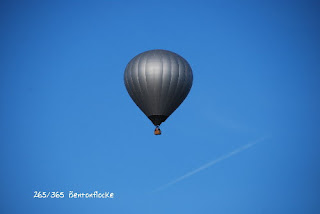 Had another day off from work for compensating my overtime.

In the afternoon I catched sight of a hot-air balloon.

Later the day it was parents´ evening in my younger son´s school.

No picture for today. But parents´evening in my elder son´s school. 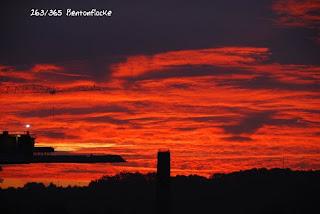 Three days off from work for compensating my overtime.

I´ll use the free time for tidying up the rooms.

In the evening has started a new pilates course. Before that I had an appointment with my physiotherapist. 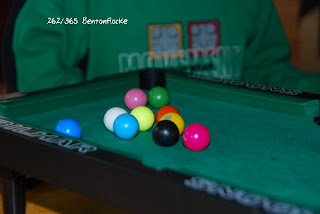 Another soccer match in the morning for my elder son.

Later the boys played with this little billiard table, my younger son has purchased yesterday at the flea market. 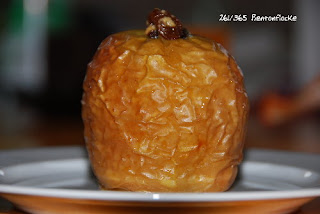 Soccer game in the early afternoon for my elder son.

Later we went to an overnight flea market. The boys made good bargains. 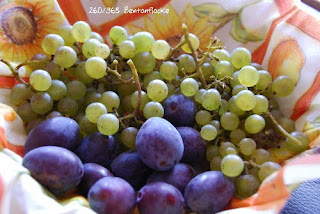 Little harvest from our own garden (picture 1809)

Normal working day with nothing special to report.

Parents´feedback in the afternoon for my elder son
Eingestellt von bentonflocke um 15:15

The balloon shot is great and the sunrise is so beautiful! Bet your son enjoyed that flight!

I would love to go up in that plane!!!

it is the time of year for baked apples! yum!!!

hi angelika!!
nice to see your post again! what an adventure for you son to ride that helicopter!!
and that sunrise is really beautiful! i hope you enjoyed your day offs from work....
oh..and your new tv is awesome!!

What a beautiful sunrise and your harvest looks tasty!

What an opportunity for your son! Were you really nervous?

WOW you have been super busy. A scenic flight for your son, how absolutely cool! Love your new television, we have something similar that has the changing coloured lights in the back of the TV. My heart goes out to you with the construction zone being so close. Sleep well my friend. Beautiful hot air balloon shot. ((HUGS))