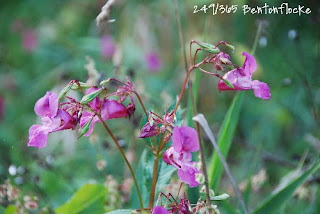 The morning was overcast and windy so we had to cancel our plan for a scenic flight - that my children received as a gift for their birthday from a good friend... both kids were very disappointed.

After lunch I went to church where our new pastor was inaugurated. My younger son and his grandmother were there, too - so I used an opportunity for snuggling with him, before he left the mass with his grandmother.

Later in the afternoon, we went to another town, where a skateboard park is - so my elder son had much fun.

was the scenic flight to be in an airplane? sounds awesome!!! Hope you get to do it soon.

Well done with the weight loss!!

So sorry to hear about the cencellation, I hope you get a new chance.

Wow, a scenic flight. I think I might ship.
Here is stationed at the time a zeppelin.

too bad you had to cancel your plan... the weather can really be unpredictable. at least at the end of the day your elder son did enjoy the skateboard park. have a wonderful week ahead!!
hugs!!! - girlie

Beautiful flowers! Great that you got to snuggle with your son at church. Great weight-loss progress!

Great picture of the flowers! Sorry that your boys didn't make it to the scenic flight, but hopefully there will be plenty of high air fall days that will be perfect for flying.

Gorgeous picture! And I love your photos because every time you show us someting new....your whole blog is veru interesing :D

I wish you a wonderful day
M

Beautiful photo!!! No sign of summer ending here, lol. Sorry you had to cancel the flight - sounds like it would've been fun! Hubby used to do that for winners of fundraising events.

Congrats on the weight loss! Maybe some more new outfits will be in your near future. How did the red boots feel when you wore them?

Sorry about the cancellation of the flight but hopefully you can do it soon.

I love the flower picture above. We also got a new pastor in July. He was installed on July 19.

LOL you are seeing the last signs of summer whilst we are seeing the first signs, although today one would have thought we were back in the midst of winter :(

This is a lovely photo!!